Crowdfunding is the second most popular way of raising investment for start-up and early stage businesses. In fact, crowdfunding platforms are only one step behind VCs as the most active type of equity investment.

But how much do you know about crowdfunding? Read this to find out.

Crowdfunding harnesses the power of the crowd (i.e. your network) by offering them the opportunity to invest in your business. While traditional funding is all about one, or a few, investors injecting large amounts into a business, crowdfunding is many small sums invested by a large group of individuals.

Related: How Can I Identify the Right Sources of Investment for My Business?

Typically, each Crowdfunder will only invest a few hundred up to a few thousand pounds but, if the crowdfunding campaign goes well, all those investments can quickly add up to a meaningful sum of money.

Two of the biggest crowdfunding success stories are BrewDog, the craft brewery that raised millions of pounds and achieved Unicorn status through crowdfunding, and Monzo, the challenger bank that made crowdfunding history when they raised one million pounds in an awe-inspiring ninety-six seconds.

Besides raising money, what are crowdfunding’s other benefits?

For a start-up or early stage founder, crowdfunding is a terrific way to test the viability of their concept by leveraging their personal network and existing client base. It can be a lot faster than raising investment through a VC, and giving customers the chance to own a small part of your company can massively increase your brand loyalty.

Crowdfunding can also significantly boost a start-up or early stage business’s visibility. It’s an extremely low-cost way to spread the word and tell a readymade audience what you’re doing without having to haemorrhage a scary amount of your budget on marketing. Suppose a crowdfunding campaign is especially successful and raises money quickly. In that case, it also lets other people (especially VCs) know that this start-up is one to watch, so when it’s time for the business to scale up and go into subsequent funding rounds, it will already be on investors’ radars.

From the investor’s point of view, crowdfunding can often be the most attractive option. Whether they want to invest but don’t have a lot of money to play with, or they want to support a business they believe in and be rewarded with a higher return than a traditional investment, crowdfunding offers a small investor a lot of opportunity with only moderate risk.

What are the different types of crowdfunding?

There are three common types of crowdfunding.

This is the type of crowdfunding that most start-ups and early stage businesses will look for because it offers a stake in the company – often in the form of shares – in return for each person’s investment. The two largest investment-based crowdfunding platforms in the UK are Crowdcube and Seedrs. These platforms (and most other crowdfunding sites like them) will manage a lot of the technical and legal sides of the deal in return for a small commission on the overall amount raised. It’s this area of crowdfunding in which Robot Mascot supports its clients.

Also known as Loan-based crowdfunding or P2P Lending, these platforms lend money at a set interest rate to individuals or businesses. It’s essentially the same process as borrowing money from a bank and, for that reason, won’t apply or appeal to the majority of founders seeking investment. Robot Mascot client Plend is a great example of peer-to-peer lending.

This is where, many years ago, the whole concept of crowdfunding began. Crowdfunding started as a way for musicians, directors, artists etc., to raise money for their creative projects, and the ‘reward’ for funding them was usually to receive the finished product before anyone else or at a discounted price. This form of crowdfunding is now used to launch new products to market by asking the crowd to ‘pre-order’ the product on the understanding that the product will only be produced (and customer charged) if the campaign target is hit. Again, this sort of crowdfunding isn’t the most popular method for most entrepreneurs seeking investment, but it is great for start-ups who have the first version of a physical product they want to launch without the risk of buying the raw materials or ordering stock before they get any orders. This is how our client Crown Cruiser got their first 200 orders and launched their business.

How does Investment-based crowdfunding work?

Investment-based sites like Crowdcube and Seedrs will assess you before accepting you onto their platform. Their analysts will want to see that your business has a credible plan and an investable business case. They’ll also want to see signs that your business already has a strong community that would be likely to invest in you.

On top of that, almost all the major crowdfunding platforms will require you to have some initial investment committed to your round before they’ll accept you. For that reason, be prepared that you might still need some Angel investors onside before you’ll be able to take the crowdfunding route.

In terms of Crowdcube and Seedrs, any UK-based limited company can apply for crowdfunding. The minimum amount you can raise on Crowdcube is £150k, and the average raise (at the time of writing) is £670k. So far, Crowdcube’s biggest raise is £10m raised by BrewDog.

Seedrs minimum criteria is above £50k. In 2020, the money-saving app Snoop raised over £10m on Seedrs.

What are the key disadvantages of crowdfunding?

What are the secrets of a successful crowdfunding campaign? 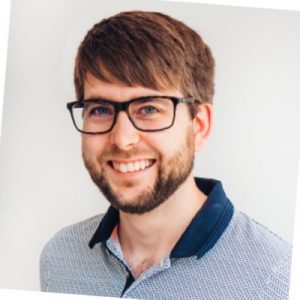